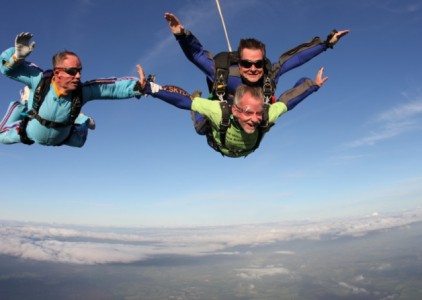 The former metropolitan mayor of Limerick Michael Sheahan dived into the clear-blue sky as part of a charity event held in aid of Mid-West Spina Bifida.

The former Mayor who jumped with one of our instructors Mr Peter Breen added “As Tina Turner would say, it was “Simply the Best”: it was the most amazing feeling in the world”.

Check out the full story by Nick Rabbitts on http://www.limerickleader.ie

Guidelines For The Return to Normal Operations
17th June 2020

Recent Articles
Weather Forecast
The location could not be found.
Recent Comments
Go to Top