The Irish Parachute Club would like to Congratulate Niamh McCarthy on her wonderful achievement last night in Rio, where she won a Silver Medal in the Paralympics Discus Throw.

Niamh who is originally from Cork is also an avid Skydiver since 2011 with The Irish Parachute Club and a well known face around the Drop Zone.

CONGRATULATIONS NIAMH WE ARE SO 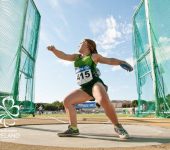 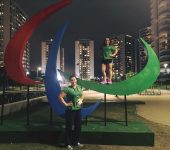